This story is about a hidden Princess & a wizard who wanted to kill her. And didn’t want the princess to stay alive.

There was a subcontinent in which a King was running its kingdom. The king was very kind and humble to his kingdom. He loved his people. But he used to stay sad because he had no children. So many times he prayed for this and asked people to pray for him. But unfortunately God wasn’t listening his prayers.

How dare you to ask for my whole kingdom?

After few days, an old lady came to his fort and said she wants to meet with the king. Kind let her meet him. She came to his room and said, “My majesty! I am here for to tell you that I can do something for you that you will get a beautiful daughter. But in return I want your kingdom.” The king was wondered that how can she say like this. And the other thing he got angry when she said that she wants his whole kingdom. He got angry and replied, “How dare you to ask for my whole kingdom? Go and never come back here otherwise I will say my servants to kill you. If God ever wants to give me child He will give me by His mercy. I don’t need your help for this.”
She said, “Okay I’m going but remember one thing that I will follow you always and I will not let you stay happy.” The king ignored her and called his servants to get her out.

And then the day comes when God gave him a beautiful daughter. He was very happy that he gave gifts to all of his nation. And celebrate it with his kingdom. She was so beautiful so he gave her name “Faariya”.
When she was 2 months old her mother saw a dream that there’s a wizard who is trying to kill her daughter. She was so afraid that she told to the king. And King got worried. He called his Wazir and asked him to find the meaning of this dream. Wazir said, “The dream was real and the wizard was that old lady who once came here to ask for your kingdom. She wants to kill your princess faariya. King got worried and asked to wazir about what to do. Wazir said, “We have to hide the princess from all of the people otherwise she will die soon. Because that wizard can change her look and come in any other people’s face. And she can spell her so the princess will die.

They have had to hide the princess. The king said to his servants to make a special fort for her in which she can stay for her whole life and she can get study in that fort.
After 16 years in the hidden fort. That was the day of the hidden princess birthday. The king was very happy. Faariya has grown up but still she didn’t see the outer world. She got her study and everything in that fort and didn’t know about the world and people. She even didn’t know why her father hide her.

Old Lady Staring at her

One day the princess Faariya was standing in her terrace.
She got an old lady staring at her. The princess got afraid and she closed the window. Its started happening everyday. The princess was so afraid that she didn’t want to tell her anybody. Because she knew of she will tell anybody, her father will not let her even see outside.

A week later, the princess was lying down on her bed. She saw a butterfly. The butterfly was so beautiful that she couldn’t stop her self and she caught her. Suddenly the butterfly turned into that old lady. The princess tried to shout out but that old lady put her hand on princess mouth.
She said to the princess, “I’m here because once your father insulted me because of you, and I couldn’t live my life happily after that. Now i will take revenge by killing you.

All of the birds were her friend

In a while there’s so many birds was there in the princess room. All of the birds was her friends. Because she spent all of her life alone in the hidden fort so she used to talk with the birds. When she used to talk to them they never replied. But that day all of these were there to help her.
They attacked on the old lady and killed her. After the moment all the servants was there in princess room. When they saw so many birds was in her room and they’re attacking an old lady they got wondered. That old lady turned into an wizard suddenly because she was dying so she adapted her real look. Servants killed her with the help of the birds. And she died.

When the king got the news about all of the story he came to see his daughter. He was so worried but when princess told him about all of the story he got relaxed. And then he told the princess about why did he hide her from everyone. He was happy that finally the wizard was died. Now his daughter “The Princess Faariya” can live happily with them. There was no more need to hide her.
She took all of the birds with her in her new home. And they all started living happy together.

Also Read: A man captured by a Ghost , who became his friend. 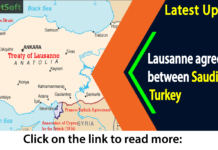 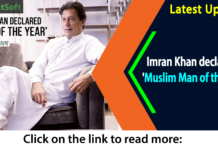