In this modern era technology is the most growing element and in addition to this new inventions made on daily basis. Innovators are leading the market with new ideas. Augmented reality , a term used widely now days. As technology is enhancing day by day augmented reality is also one of the enhancements in technology that brings computer generated objects to real world. Augmented Reality in some cases cannot be as exciting as virtual reality but the technology is proving itself as a very useful tool in our everyday lives. Role of Augmented Reality and Virtual Reality in Gaming is also plays a important part. Social media filters that our social websites are using for a different concept of taking pictures are one of the biggest examples of augmented reality.

What is augmented reality?

The word Augmented is derived from the word augment which means to enhance or add something, thus augmented reality refers to an enhanced version of reality where live direct or indirect views of physical real-world environments are augmented with superimposed computer-generated images over a user’s view of the real-world. If we talk in technical terms augmented reality refers to add an object in the real world through computer generated commands.

Augmented Reality and virtual are the two things that can change the way user looks at real world but Sometimes people confuse about these terms and consider them as the same thing. These both technologies are the latest inventions so knowing the difference is important.

Role of Augmented Reality in Gaming

Augmented Reality in Gaming plays a vital role in the gaming world.

Augmented Reality in Gaming is the new technology that is coming in the gaming society. Pokémon Go the biggest hit in the world of AR gaming was released in July 2016 and was quite a famous game across the world. This app uses the real world environment and generates a Pokémon using the view of the devices camera which the user has to capture. It was the success for the developers and earned revenue approximately of 2 billion.

Gaming has always been adopting new technology. AR has opened new doors to endless opportunities for gamers and developers. They can now recreate and reimagine the world and bring a level of experience only considered possible in Hollywood movies. The next few years will be defining for both the AR and the gaming industry.

In this modern era usage of these technologies will always affect in a positive way to enrich the experience of your work. In other words technology is the only key that makes your work improved. Wherever it is too dangerous, expensive or impractical to experience in daily life then augmented reality helps us to perform the task. Augmented Reality allows us to view our environment with new features and enhancements. We can model our house with AR place our furniture to view the look of our home. This technology can also help us make the studies more interesting for our new generation. This technology can change the way of thinking and the interface of digital world. 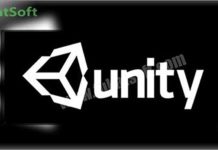 Why is unity engine so popular? 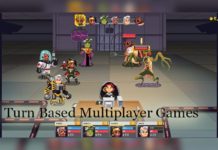 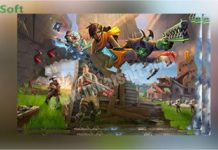