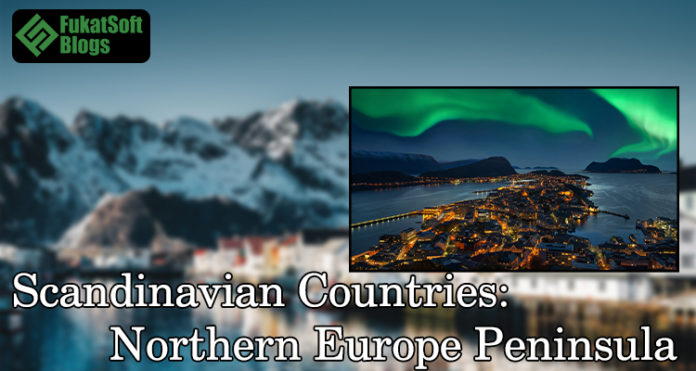 Scandinavia is a region positioned in Europe. This vast region is covered by beautiful cultural scenarios of its people. It has special spirits which is attracted the tourist of the world. It has most advance lifestyle with the old and natural landscapes of the world.

Which countries are known as Scandinavian Countries?

Scandinavia is a grand area of Northern Europe; the largest Peninsula in Europe-extended above the Arctic Circle to the shores of Baltic Sea and covering about 289, 9500 square miles. It includes following countries:

Norway is located on the Scandinavian Peninsula between North Sea and Atlantic Ocean. It has an area of 125,020 square miles and 156,26 miles of coastline and its population is about 535,33,63 and its capital city is Oslo. Its economy is dependent on Industries petroleum and gas products shipbuilding and fishing.

It is the second country of Scandinavian Peninsula and bordered by Norway to the west and Finland to the East. It is situated along the Baltic Sea and golf of Bothnia- it covers an area of 173,860 square miles and has 1999 miles of coastline. The capital and largest city of Sweden is Stockholm. Sweden has population of 996,00,95. It has also a developed economy with strong manufacturing timber and energy sectors.

Denmark is bordered Germany to the north occupying the Jutland Peninsula. It has coastline that covers 4545 miles along the Baltic and North seas. The total land area of Denmark is 166,38 square miles. The capital of Denmark is Copenhagen. The population of Denmark is 574,78,30. Its economy is leading by industries, focused on pharmaceutics, renewable energy and maritime shipping.

It lies between Sweden and Russia to the north is Norway. Finland covers a total land area of 130,58 square miles and has 776 miles of coastline along Baltic Sea the Gulf of Bothnia and Gulf for Finland. The population of Finland is 554,25,17 and its capital is Helsinki. The countries economy is dominated by the engineering, telecommunication and electronic industries

Iceland is an island located just south of Arctic circle in the Northern Atlantic south east of Greenland and West of Ireland. It has a total land area of 397,68 square miles and a coastline that covers 3088 miles. The capital of Iceland is Reykjavik And the Nation’s population of 337,780. Its economy relies on fishing industry tourism geothermal and hydropower energy.

As a historical and geographical perspective?

Culture and Languages of People:

The most popular languages of the Scandinavian Peninsula are following:

This language is spoken by the most people of Nordic amongst 10 million people. Swedish is Sweden’s National language and one of the Finland’s commonly used language. Swedish and Danish are written in a similar manner.

This language is spoken by 5 million speakers and the official language of Denmark. Danish is also the second official spoken language of the Fjords islands and Greenland. While written Danish and Swedish are similar and sound are extremely different when spoken. In fact, Swedish and Danish is different only in spoken but same in writing so when Sweden’s citizen and Denmark’s citizen text each other; they can understand each other fully.

About 5 million people speak Norwegian today and because of its history it shares many similarities between Swedish and Danish. In fact, the man who knows one of them can easily fill conversation gap with swede and Dane. Interestingly, after Norway gained Independence from Denmark; its one language was spoken by people in the cities which was similar to Danish, and other spoken by the people residing in countryside.

Icelandic is the only one of the noted languages that closely resembles old Norse; which was spoken by the Vikings. with only 350,000 native’s speaker which language is the least important language of all North Germanic languages.

Finnish isn’t even a part of the extended family it’s distinctly different from the four Nordic languages. Interestingly, standard Finnish is a formal version of the language used in media and politics and spoken Finnish is an ordinary version which is used by the common people.

Scandinavian culture is unquestionably is an egalitarian, practical set of customs. It is fully reflected by its three countries Sweden, Norway and Denmark, and least linked with Finland and Iceland. This culture has achieved a perfect balance of personal comfort, economic strength and social welfare. Scandinavian Peninsula at first glance reflects purity, equality and values; it has no example at recognition and reward. The people belief that the biggest factor of driving work is happiness; which is found to be a lack of praise and recognition. They believe that truth is a little more thoughtful analysis and observation. It is required to really understand the complex role of condition in Scandinavian culture the people are very simple and tend to education. They are very motivated and willing to touch the sky; they have serious interest in modern sciences and still keeping their culture.

Denmark, Iceland, Finland, Norway and Sweden come under the famous Scandinavia tourism circle and each of them is worth exploring. Over the last hundred years these countries have become pioneers of Urban Development, sustainable living with an extremely high standard life-style. While retaining their old-world charm and natural landscapes, life in the Nordic countries are unique and something to learn from. They did not turn the natural environment in the name of development and still surpass most countries in the world that’s why it has become a provider of quality of life and beauty of nature.