Today with the busy life style of everybody, different  incident occur daily with every human and if the swear incident occur like some people block road and put fire on road  and the law and forces agencies might be they don’t know about the incident ,but after some moment. Then they take some further step how to handle this situation and methods for smoke and fire detection so that the flow of prosperity of country does not effect in any case.

How to handle suddenly incident! Smoke and Fire Detection

Some human groups combine together and they create violence in that way damage the different important assets but fire which cause the economy loss, smoke and fire detection, According to the Dunya NEWS (Pakistan) in the case of Asia Bibi Protests caused 150bn loss to economy. This is to much loss of any underdevelopment country like Pakistan where the economy is not stable, this is the worst case of incident. In  Asia country mostly people strike due to different   Power breakdowns force residents to stage sit-in  and so many more like against different organization and they have different demands .

This is the normal thing specially in Pakistan , and they  the strike on the some important road like mall road Lahore and D chowk Islamabad then it’s too much worst that some time completely shut down the all system of the country Until and unless the situation cool down .

You plan a journey from X to Y in the specific time interval. But when you on going there is some protester suddenly block the road and put fire on everything, Then you stuck in the traffic jam towards many hour and moreover the ambulance and fir bridge also stuck in the traffic, and the upcoming traffic on that road don’t know that some protester block the road due to some x,y,z demands. The System understand the situation as well as traffic bulk on that specific road and generate the message something like “Use alternate path some protest block the road and the traffic density to much high ”Due to the detection of incident we save many assets also in the form of money.

With Out Incident Detection we can’t smart

When the incident happen the system generate the public message to the upcoming traffic before ahead use alternative path some protester block the road like if u are on high way and some mishap occur route to the motorway because it save time and assets.

If the protest put fire on busy road then system generate message to the law and enforcement agencies to control the situation before it goes to some unexpected conditions and the flow of other traffic on road not disturb, and block road indication continuously on different medium.

So that the protester not harm the public as well as their properties, because in Asian country when the people when they are peak .It’s not always that system generate message when the fire and smoke detect. Sometime due short circuit in vehicle they got fire. The system detect the fire its then system ping the message to RESCUE 1122 as well as police department to cool down the current situation.

How We Contribute it 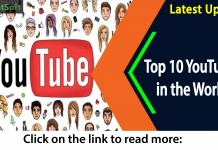