World’s richest countries in minerals surprisingly, it assumes that the country which is rich regarding his natural resources and minerals, it is powerful. In a broader scenario, this argument is quite right. Those countries who do not only gain knowledge about their natural resources and minerals. But also have the skills to utilize them at their industrial level. They are stronger than other nations in the world.

What are natural resources and minerals?

How they are formed?

Natural resources are those resources, we have from the birth in which air, water, sand, animals etc. are include. On the other hand, minerals do not found in open scenario. But rather they are fond of in the earth’s crust in small amounts throughout the world. World’s richest countries in Minerals are found in raw forms which are modified by certain geological processes. These processes extracted minerals from raw material and then utilizes.

Beneath Earth, there are three types of rocks.

Countries with most rich resources:

China: China is as one of the leading producers of phosphates, vanadium, tungsten, antimony, graphite, coal, tin, molybdenum, lead, zinc, and gold and second top producers of manganese, bauxite, cobalt, silver and copper. Timber, Chromium, Gems and Diamond are consider as critical natural commodities of China. China is also titled as top mining countries which is providing its services regarding mining to other countries on contracts. 90% of the natural resources of the state are include coal and rare Earth metal which shares $23 trillion to China’s economy.

Natural resources and minerals of Pakistan are natural gas, coal, forestry, oil, hydro-power potential, coal, iron core, copper, salt, limestone, sunlight, Uranium and water. The accurate worth of commodity is not available on economic forums. Yet but exporting of certain e.g., Salt is proven beneficiary in economy strength.World’s richest countries in minerals have natural resources of minerals.

You may also know: Usage of Drugs in Youngsters 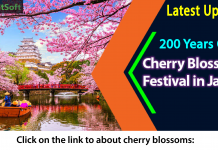 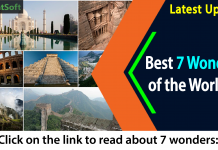 What are the official 7 Wonders of the World?